Ms. Monica Gargiulo-Benitez, began her educational career at an early age as a traditional Spanish Language and Literature Professor. It was in 1989 when her motivation to seek a child-centered educational approach, made her cross paths with the Montessori Philosophy. Ms. Monica’s own two children were educated within this methodology, where she saw the amazing impact the program had on them as they excelled through school and in life.

In 2002, after realizing the need for a Montessori school in Pembroke Pines, she founded, along with her husband Daniel, Montessori Academy. A preschool program that was located in a plaza just a stone-throw away from the current campus. The school was opened with a population of around 100 students, occupying 7 classrooms in a leased space. Ms. Monica’s “dream” was greatly welcomed by the community and in 2003, another 1,400sqft were added to accommodate for a Kindergarten class. Due to the program’s tremendous success and request from the community, Ms. Monica and Mr. Danny were compelled to expand to an additional 1,400 sqft in 2004 to accommodate the first elementary classroom.

In 2005, Ms. Monica and Mr. Danny purchased a 3.5-acre plot on Pines Blvd. and begun construction of a 35,000 sqft building with 20 classrooms and two playgrounds. In 2007, the “lower school” opened its doors at the newly built campus. Out of the 20 classrooms, 4 were for Elementary – by this time, the school offered an Elementary program through 5th grade. The other 16 classrooms were designed for Toddlers, Preschool and Kindergarten. 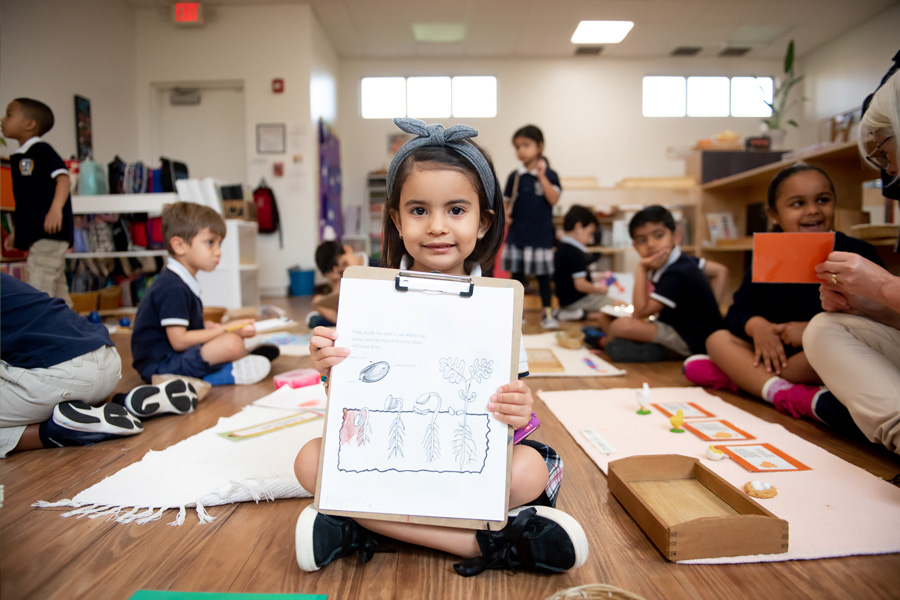 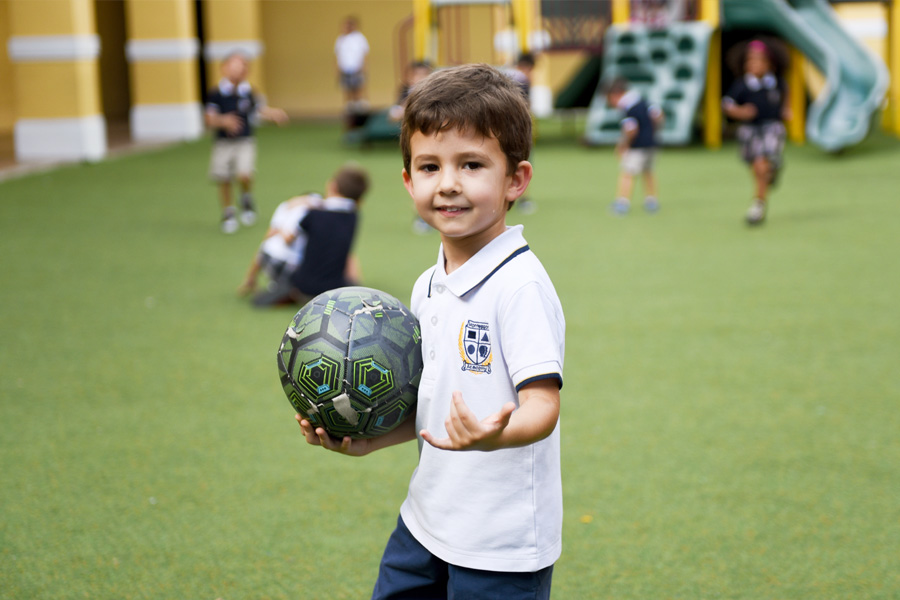 The support from the parents never ceased. Having their children going from the Montessori preschool, Kindergarten, and lastly Elementary programs, the parents were able to experience, appreciate, and compare the academic, social, and emotional advantages their children had when compared with their peers enrolled in other programs.

A meeting was requested by the parents with the school administration to express their wish for a Montessori Middle School program. The community embraced the idea of a Middle School curriculum where children excel in academics while developing a sense of responsibility for themselves and the community; where each child was recognized for his talents and contributions. Innovation, creativity, independence, critical thinking and problem-solving skills were at the core of the program. A global perspective and a great sense of humanity enriched the high academic curriculum. This allowed Montessori Academy students to earn acceptance into “ivy league” schools, and placements in Honors and Advanced courses in high school. The school continued to gain a high reputation status. Due to the high demand for the school’s programs, many students who were seeking admission were required to be placed on waiting lists.

In 2010, Ms. Monica and Mr. Danny were able to purchase the additional acre adjacent to the school, where the “upper school” building was going to be built. In 2012 construction of the three-story, 45,000 sqft building began. The massive tilt-up construction took ten months to complete. This structure has a full-size NBA regulation-size basketball court, a science lab, library, art studio, music studio, computer lab, and 5,000 sqft lunch room. In 2013, the Upper School building was inaugurated, now on the expanded 4.5-acre plot; thus extending the air-conditioned space to over 80,000 sqft, to house almost 700 students from infants through 8th grade.

The ribbon-cutting ceremony hosted by the Miramar and Pembroke Pines Chamber of Commerce took place on August 26, 2013. The City of Pembroke Pines Mayor, Mr. Frank Ortis, attended the ceremony awarding the school a Proclamation plaque, recognizing August 26 as “Montessori Academy Appreciation Day”. Also, in 2013, an American Flag that flew over the U.S. Capitol in Washington D.C. was gifted to the school by Congresswoman Ms. Debbie Wasserman-Schultz.

Ms. Monica and Mr. Danny want to thank all the teachers, parents, students, and members of the community who with their trust, loyalty, and support have contributed to making Montessori Academy the highly, respected, educational institution that it is today.

Get directions to MAB on Google Maps.
FOLLOW US ON INSTAGRAM
@browardmontessori
The Young Montessorians are busy at work with thei

The Toddler students learned all about “frutas/f

The Young Montessorians are busy at work with thei

The Toddler students learned all about “frutas/f